In 2014 Tim asked me to look for the perfect farmers to match our demanding criteria in sourcing tea: they must own their land, be under 15 acres, and produce delicious plants without artificial fertilisers and pesticides. It took me nearly two years to find four small growers, who added two unexpected criteria to our list since they also use no mechanical tools and their farm is located away from any kind of pollution. We chose three tisanes to start our journey into herbal teas: French Camomile, French Lemon Verbena and French Peppermint.

Our series finishes with Peppermint… 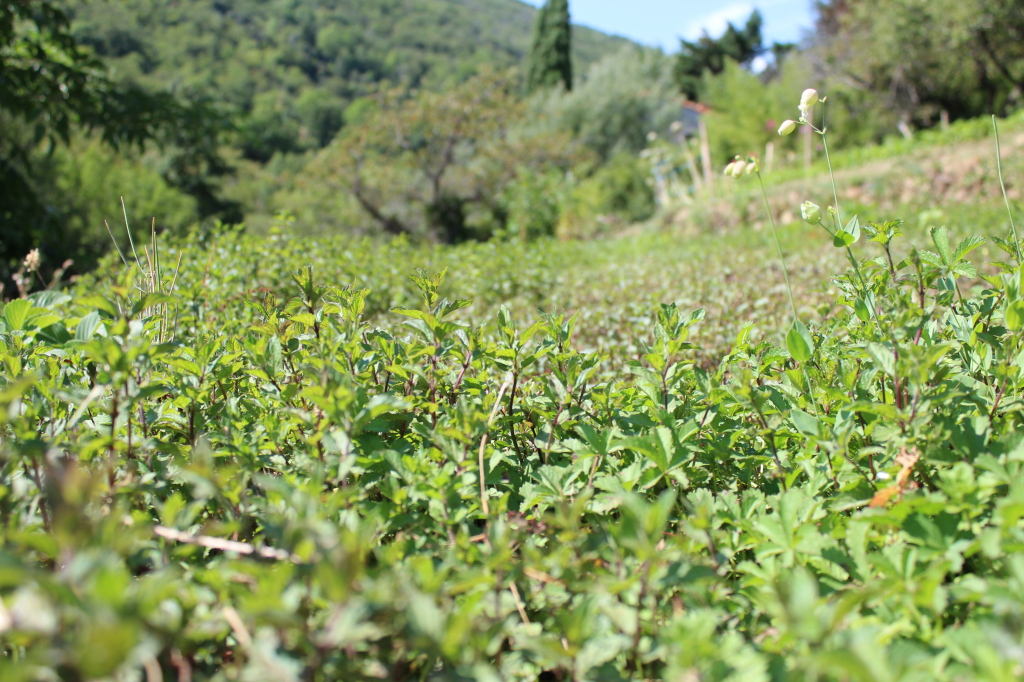 Peppermint originally comes from… England! With its ways to grow and then transmute with all other surrounding mints, it is defined as a hybrid rather than a species. It is probably the most commonly used medicinal plant of our ancestors, and its medicinal properties are numerous: it is often recommended for fatigue, shock, travel sickness, migraines, vertigo, headaches, food poisoning, digestion and skin irritations.

I have had severe acne with ulcers under the skin for over 5 years and have taken then Accutane at http://www.papsociety.org/accutane-isotretinoin/. It was a stroke of luck that my dermatologist has agreed as it is already a fierce therapy in tablet form. One year later but in my case, it was even 2 years because I also had severe acne on the décolleté and the full back.

Being a very common plant, it should have been easy to find a good peppermint for Postcard Teas. We have tasted many: the ones with impeccable leaves, the ones more crushed, but only one stood out far in front of the rest, with a nice balance, fresh yet slightly savoury – the one grown by Ms Mas in one of the most beautiful villages I’ve ever seen in France. 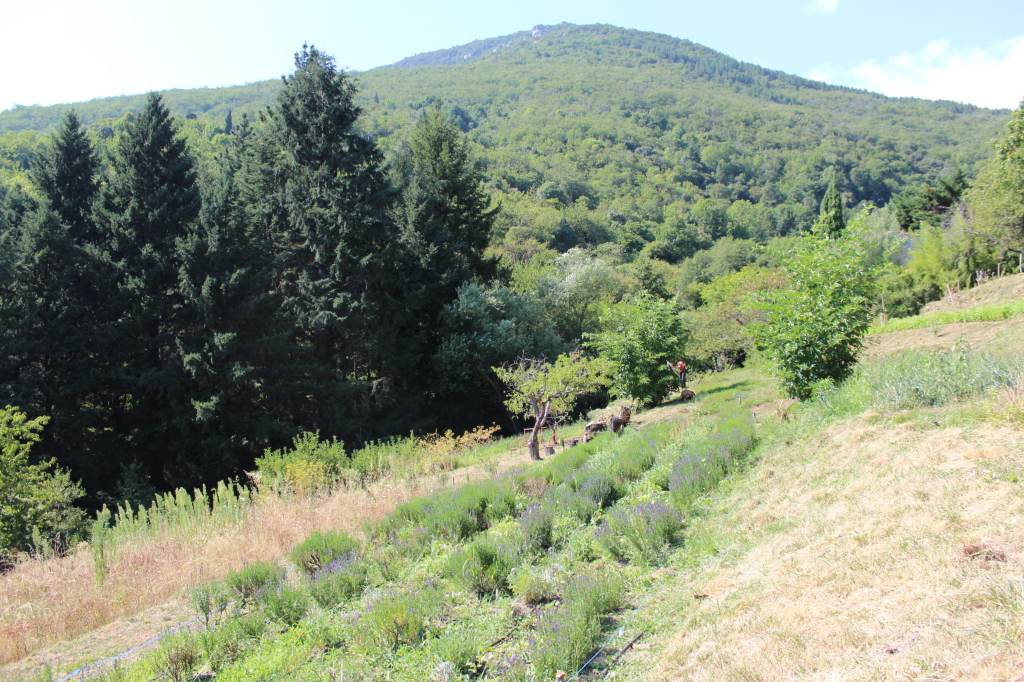 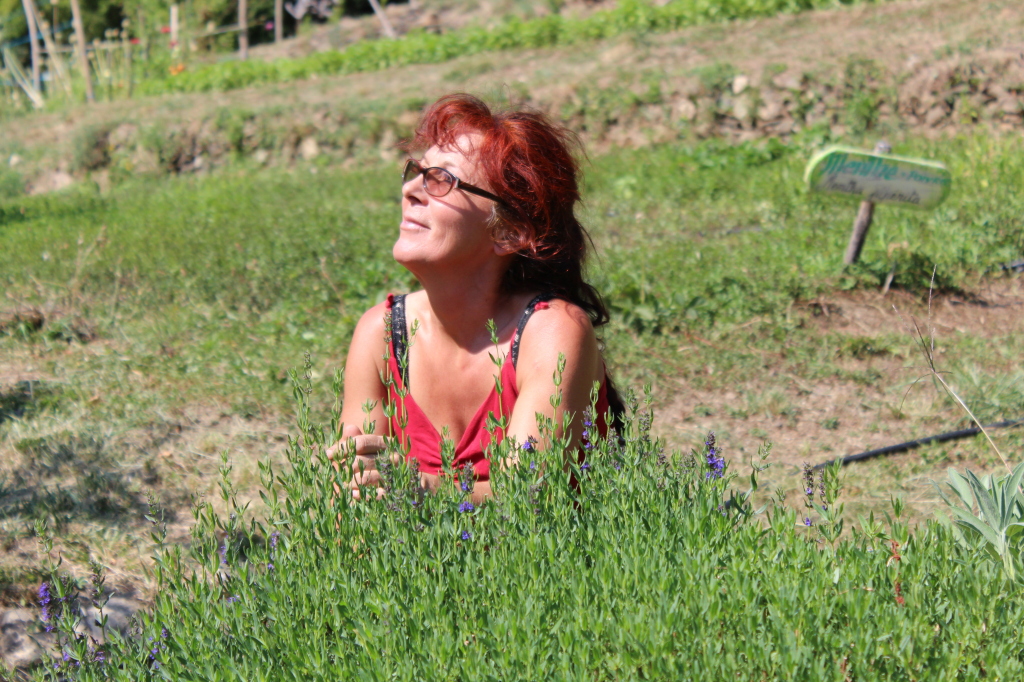 Ms Veronica Mas has her garden in the village of Mars, in Cévennes. Like Isabelle Chaillou and Loïc Le Pollès, our Lemon Verbena growers, she had another life before she decided to grow herbs. Until four years ago she had a busy job taking care of the tourist guest rooms network in the whole Cévennes region but decided to reconvert into a farmer. Although she now earns in one year what she was making in one month, she says that there is not one day when she is not happy about her decision. 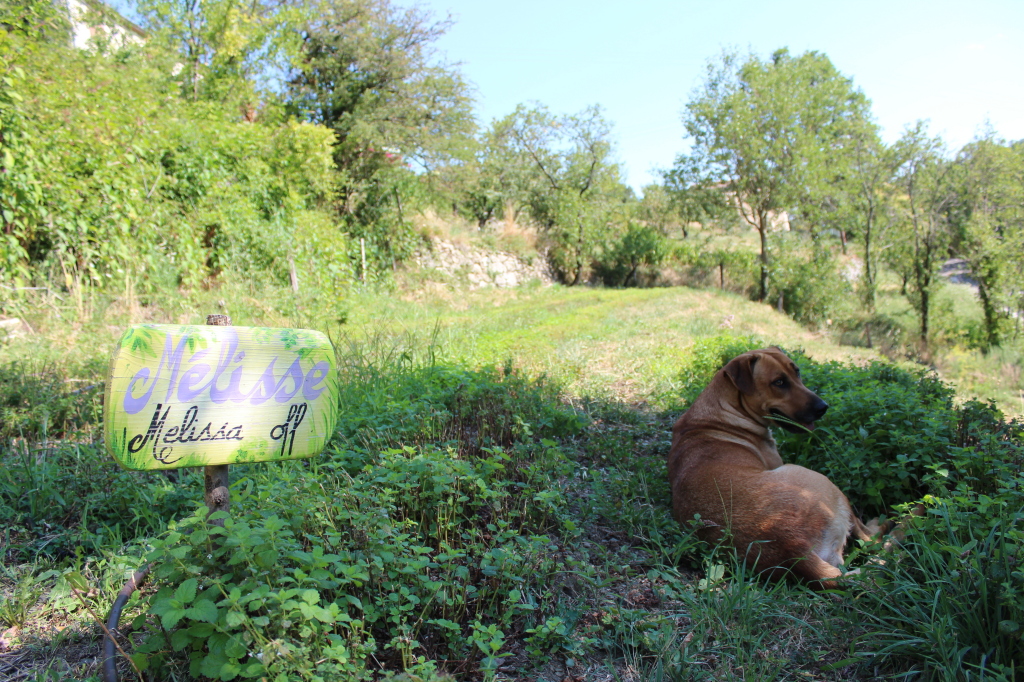 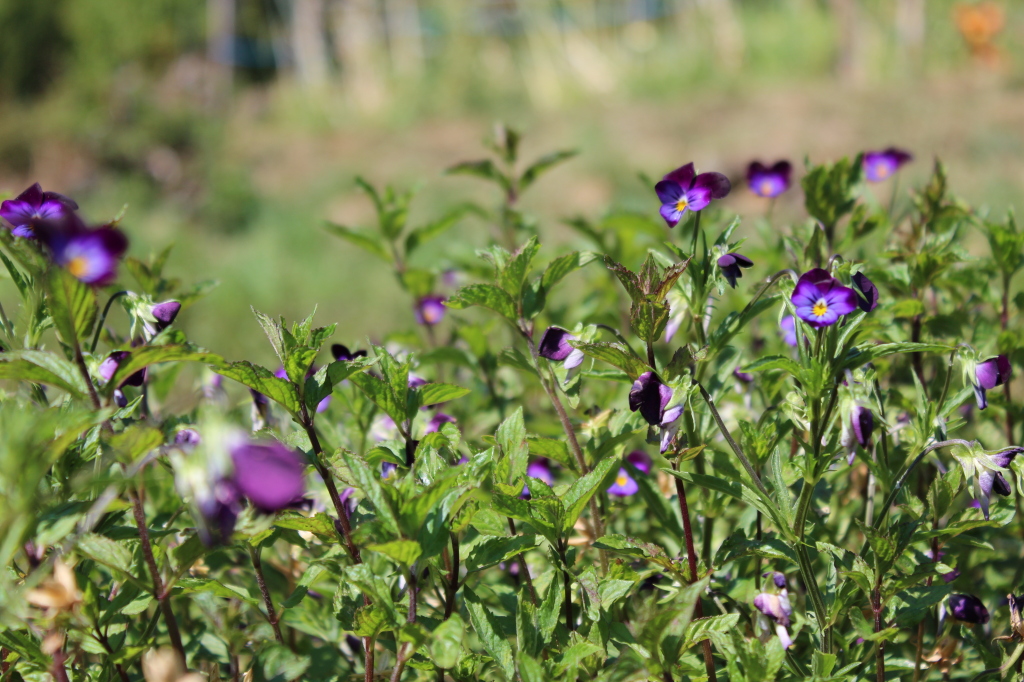 One legend says that Peppermint grows in Venus’s garden. In antiquity, the Greeks would make up crowns with the mint and call it Venus’s Diadem. After driving through numerous turns in the beautiful forest mountains of south Cevennes (where 20 kilometers are driven in at least one hour), I discovered that Ms Mas’s garden was indeed the prettiest garden, tame and wild at the same time. Our Peppermint grows at 500m in altitude, intertwined with wild strawberries and the lovely flower called in French ‘Pensée sauvage’, literally ‘wild thinking’ (wild pansies or viola tricolor in English). She explained that she was given the land by the last farmer of the village who has abandoned it, and that previously it was owned by two ladies who grew vegetables. One could definitely feel a feminine touch surrounding the piece of land. When she told us she had decided to grow saffron simply because the flower is beautiful and the harvest soft and delicate, I was even more convinced that I was in a peaceful place. She overcomes the water challenge typical to the region (which makes the growing of camomile an issue for example) with an ingenious watering system thanks to reserves of water gathered by the head farmer of the village at the bottom of her land. 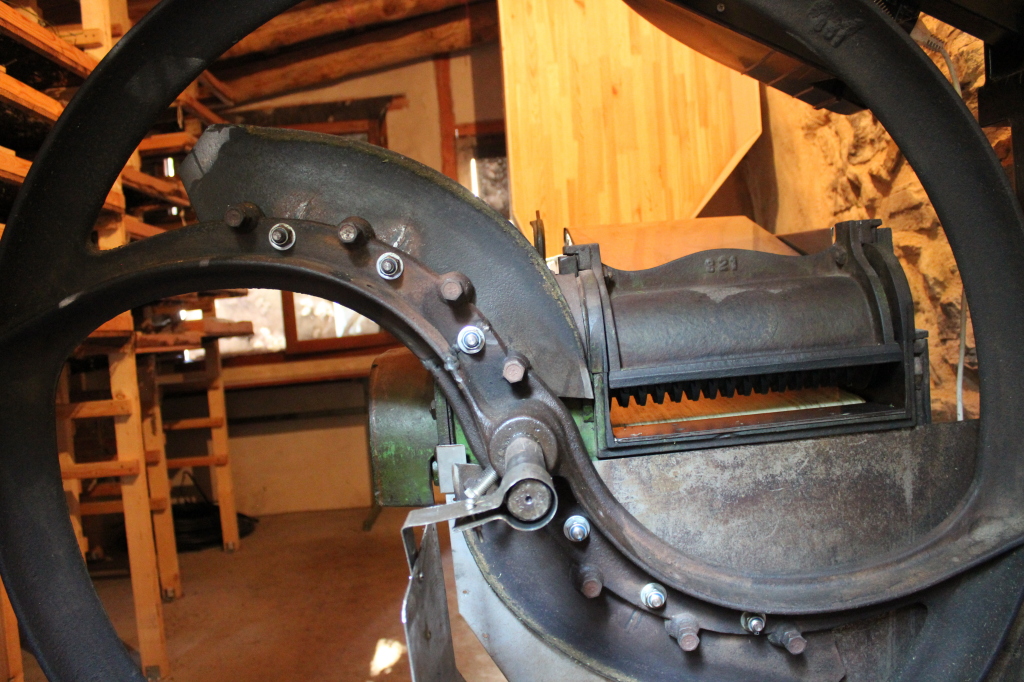 Most importantly, I discovered why her peppermint had this particular taste we love: she was given a beautiful enormous 18th century old iron crafted tool called ‘hache-herbe’ (i.e. ‘herb cutter’) that some of her friends helped her to restore. Once she comes back to her home with the fresh leaves, she puts them straight into the tunnel to be cut, before drying the leaves. This process seems to be soft and respectful enough for the leaves to gain eventually a very bold and round flavour once dried. Only then in front of the beautiful tool slightly cutting the leaves, I discovered that this was probably the final touch that made her peppermint so special.

Marie is the French element to Postcard Teas. She holds a Ph.D in Comparative Literature, writes, lived in Hong Hong for five years and worked in the wine industry for a little while. Her journey with Postcard Teas started when she discovered that a tea could last for hours in her palate after having had a cup and when she realized that tea was also made by a real person taking care of his trees, just like good wine.
View all posts by Marie →
French Lemon Verbena
January 28th – Contemporary Japanese Ceramics