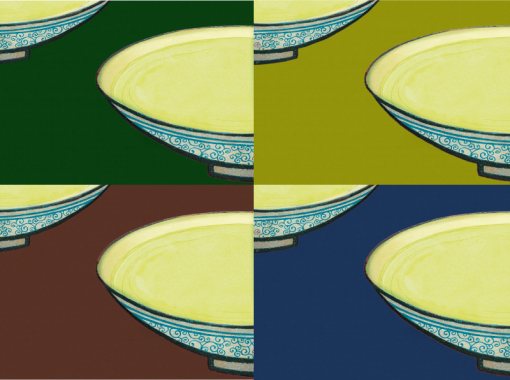 Back to : WHITE TEAS, TEAS. 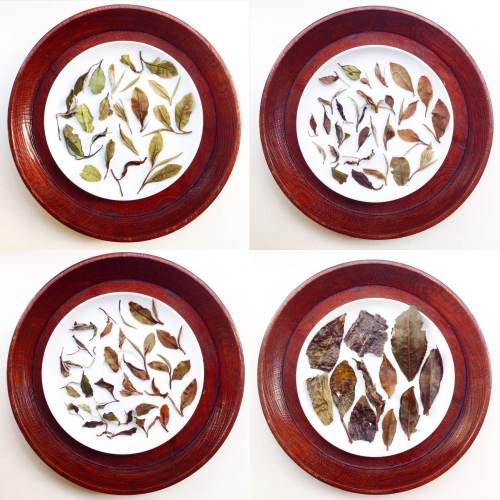 Four aged white teas representing the yearly Bai Mu Dan (White Peony) production of Master Fang, one of China’s foremost experts in white tea production. Master Fang helps run the Centre for White Tea Research in Fuding as well as overseeing the production of white tea on his three farms on Taimushan which comprise just 11.5 acres. He uses no pesticides or artificial fertilisers on his 20-30 year old trees, believing that above all else white tea should reflect the local terroir and ecosystem on which it is grown and be absolutely free of any impurities.

As well as being a farmer, Master Fang is also an innovator in the white tea world having patented double-sunshine withering and off-ground cleaning technology which are now widely used. To mimic traditional sun-dried white tea he uses his own manually controlled sun-light room which provides precise drying all year round allowing him to make tea in all four seasons. The tea is withered for 36 hours on bamboo drums and during this process hands are not allowed to touch the leaves in case they cause them to shrink. Unlike many other producers Master Fang does not increase the temperature to accelerate drying, nor does he use light roasting to increase fragrance.

We have decided to stick with Master Fang’s original intention of selling these teas as a set, and they show a fascinating insight into how season changes the flavour of a minimally processed tea from one area over the course of 12 months. Each tea is different but all are distinguished by their balance, clarity of taste and long-lasting sweetness. The four years of ageing has also increased their strong body effect to an extent we don’t normally encounter outside great puerh and oolong teas.

A lightly oxidised Bai Mu Dan made on April 15th 2014, less than two weeks after Qing Ming. Like all of Master Fang’s teas the processing is immaculate, with a mixture of downy silver buds and whole green leaves processed either as a bud and a leaf or a bud and two leaves. The first few infusions are rich and creamy, coating the mouth and throat. Although the body of the tea is light, the aftertaste is exceptionally long and the sweetness remains in the mouth well after it has been drunk. Later infusions are darker in colour and stronger in body, with notes of stone fruit, almonds and hay.

A heavily oxidised Bai Mu Dan made on July 28th 2014. The tea is processed similarly to the Spring version but with a longer oxidisation period, turning the leaves brown and giving the tea more body and aroma. The first infusions are light, creamy and sweet, with notes of baked apples and cinnamon, while later infusions are darker and have the strength of a white tip oolong.

This Autumn Bai Mu Dan made on September 30th is named Bai Lu (literally ‘White Dew’) after the solar period in which it is made. The oxidisation is in between the Spring and Summer teas and the leaves contain a wide spectrum of colours from white tips, through to light and dark greens and oxidised red and brown leaves. The first infusions are fresh and delicate with a white-fruit sweetness while later infusions are stronger and rounder in flavour.

This is an unusual Winter white tea made on December 21st 2013 which has been processed without any rolling, so the leaves are flat and mostly intact, with some compression. The tea leaves were allowed to grow for two years so they are especially large and tough, giving the tea a very unique aroma and flavour. The fragrance is roasted and fruity, almost like a bancha, but the taste tends towards wood and buckwheat with a sweet/savoury aftertaste that reminds us of soya bean.

Master Fang started his journey in tea working for one of the state-owned factories in Fuding learning about tea manufacture with a speciality in mechanism. In 2001 he left to start tea production by himself and invented his own manually controlled sun-light room which allows precise drying all year round, an innovation many farmers have now followed. In 2003 he started reclaiming tea fields in Taimushan and committed himself to completely organic farming. It is Master Fang’s philosophy that white tea should be a pure reflection of the local terroir and ecosystem, and therefore should be absolutely free of any impurities.

Master Fang’s farms are deep within Taimushan away from human habitation and accessible with difficulty only through the forest and a small mountain road. Although he started farming using organic fertiliser he has now switched exclusively to using dung from wild sheep, reasoning that the dung from other livestock may be compromised by artificial feed. The old trees on Taimushan are a natural bird habitat and since insecticides are prohibited he relies on them to tackle the problem of insects on the farms. Master Fang picks and processes his tea in a very traditional way despite the high costs, paying his workers double the regular rate to ensure that the picking is flawless and that the buds and leaves are exactly the right size. His yearly production across all seasons is just 2000kg which is around a quarter of the usual yield per acre of most farms in Fuding. Due to variable weather, withering is done in rooms using his patented sun-light technology to mimic traditional sun-dried white tea production and the temperature is kept relatively cool to stop accelerated drying.

Master Fang has received numerous awards for his work, including a gold medal from the Ministry of Agriculture for pressing the world’s largest tea brick for the Beijing Olympics in 2008. His tea was also entered into the North American Tea Championships in which it won the top prize in the white tea category. In 2013 CCTV (China Central Television) made a 6-part documentary on tea called Tea: Story of a Leaf which focused solely on Master Fang in the segment on white tea.

Master Fang’s teas are also suitable for ageing and will gain complexity and depth if stored well, proving the Chinese adage that white tea is ‘one year – tea, three years – medicine and seven years – treasure’ (“一年茶、三年药、七年宝”) 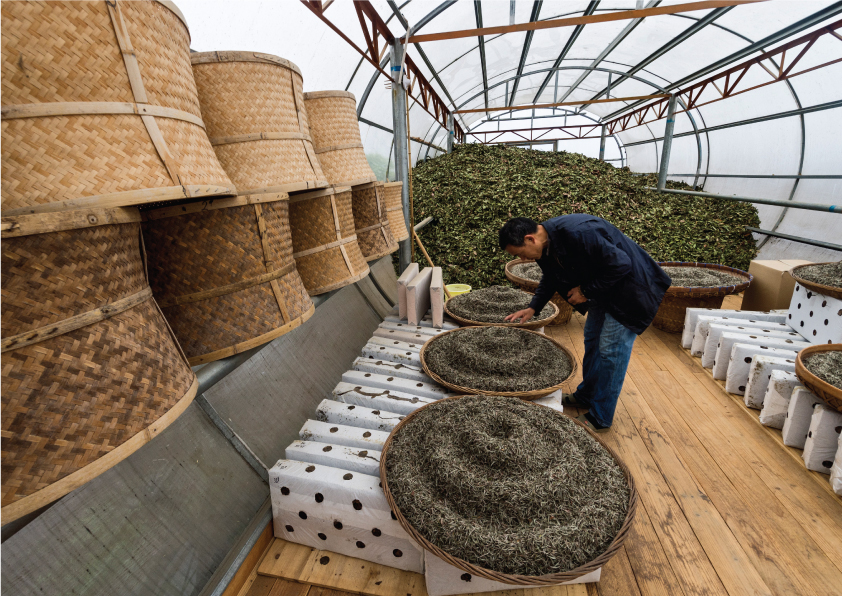 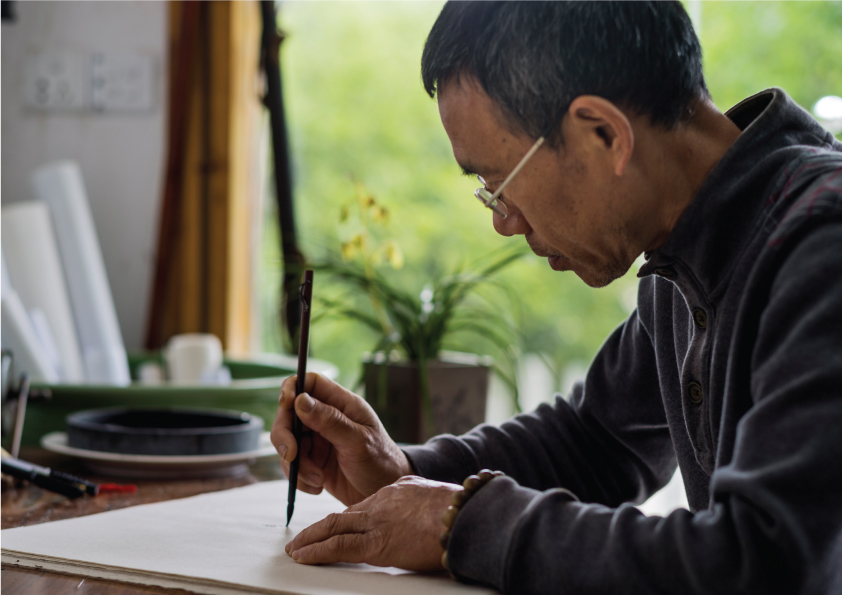 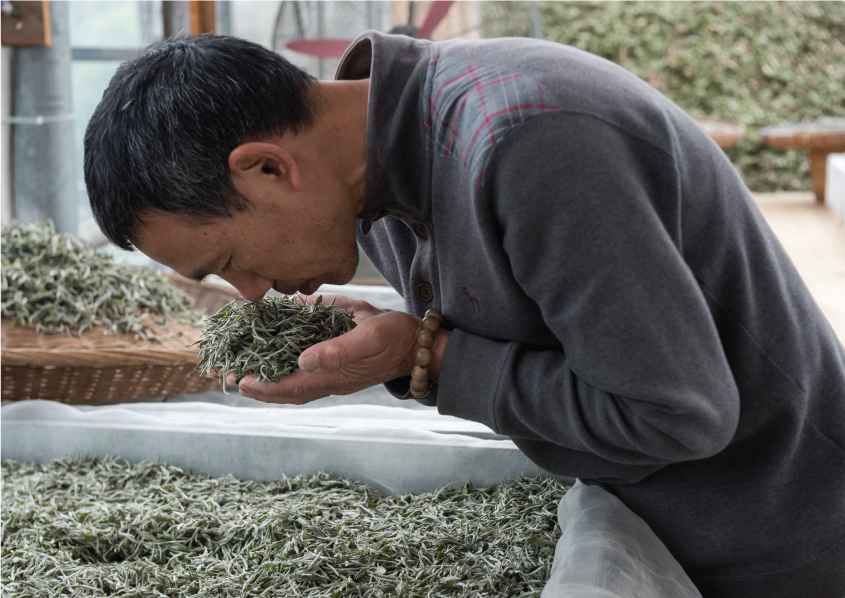 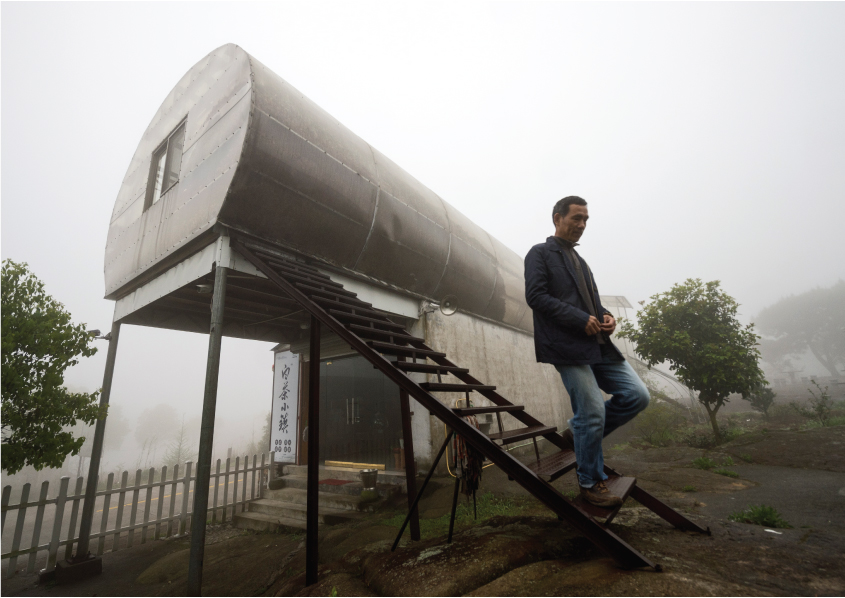