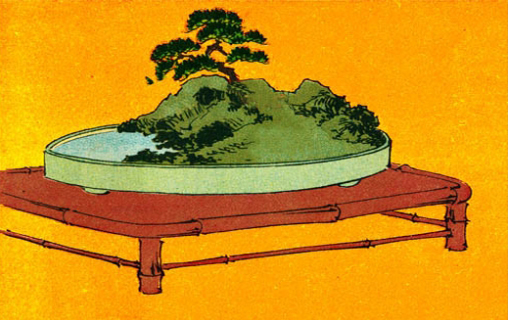 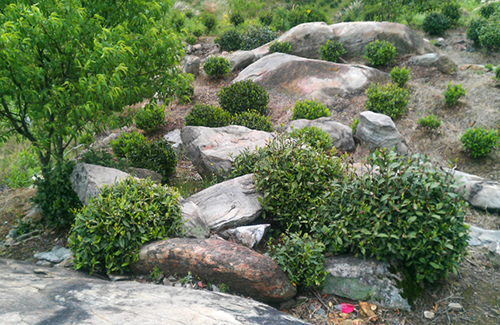 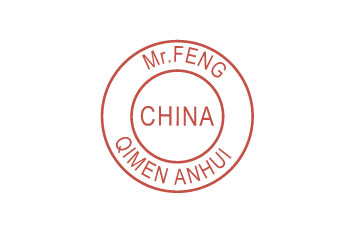 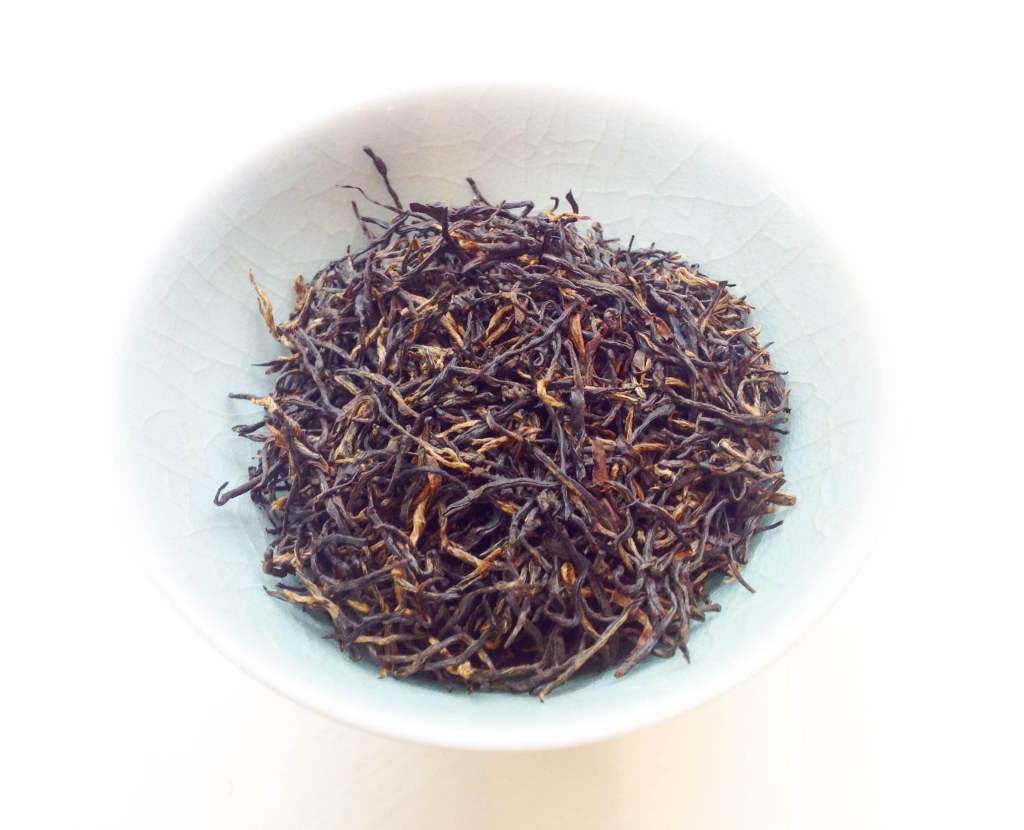 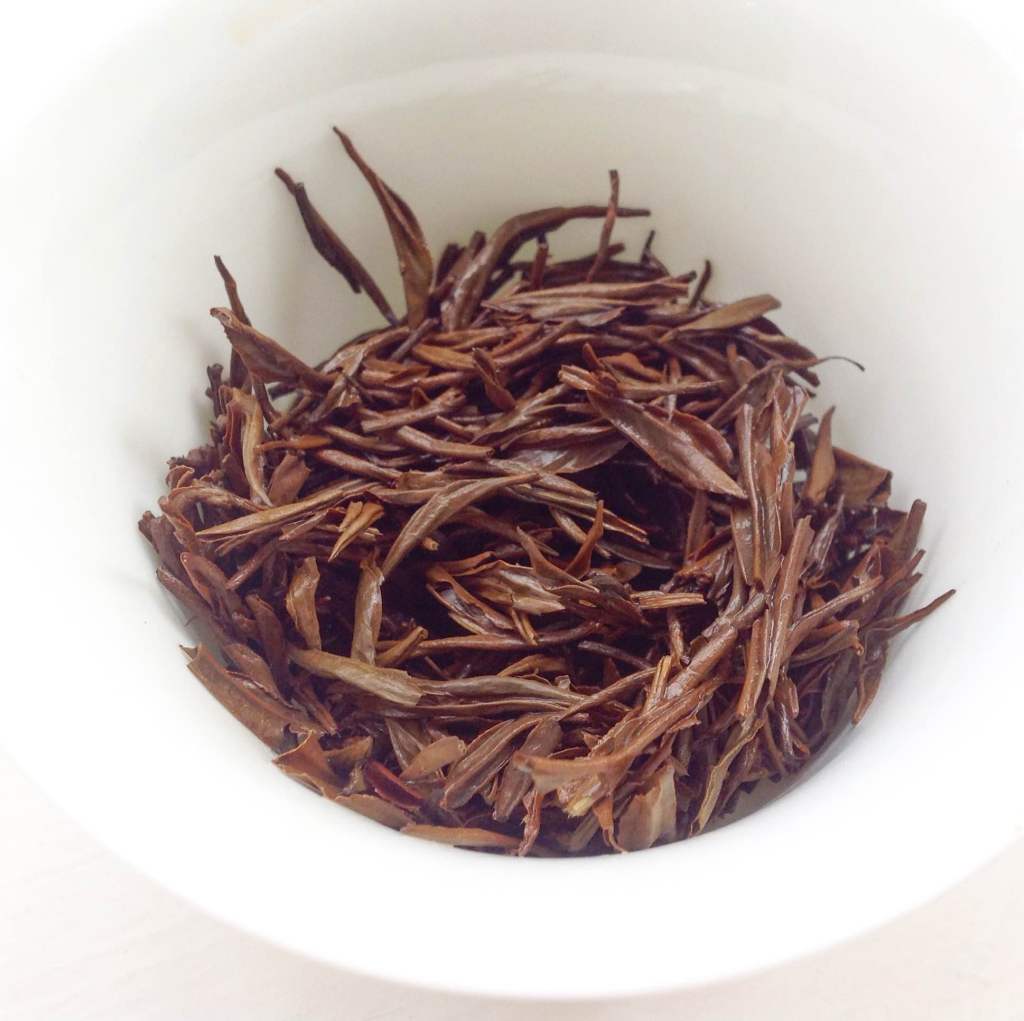 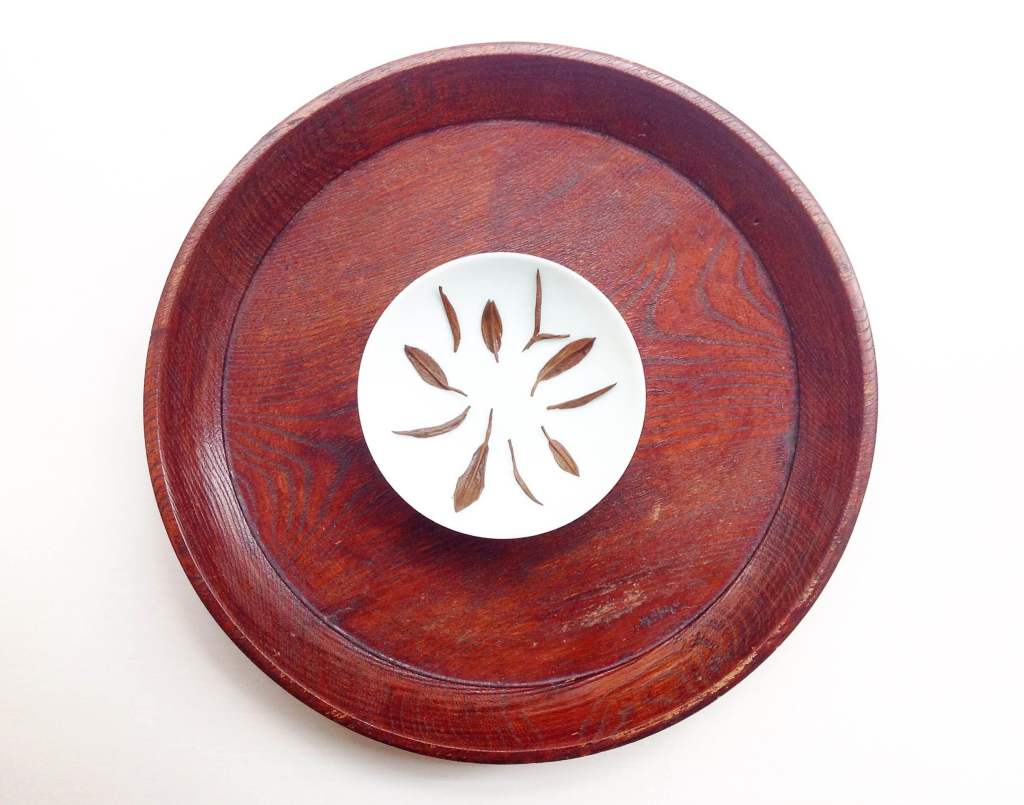 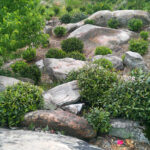 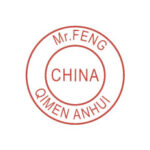 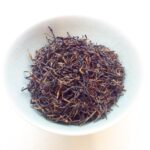 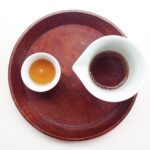 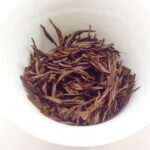 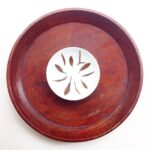 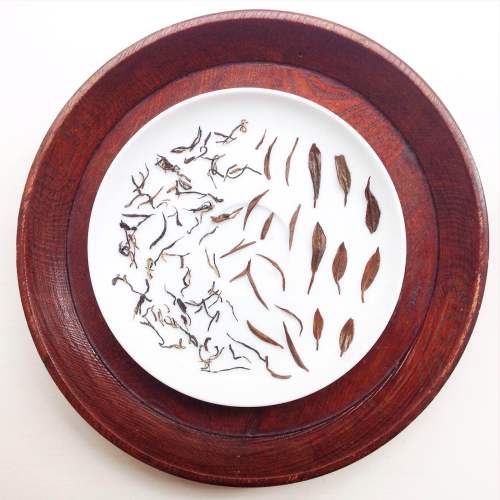 A Qimen or Keemun black tea made from young buds and leaves in the Qi Mei (Qimen Eyebrows) style, with leaves shaped into black and gold needles.  The tea is made by Mr Feng in Qimen, together with other families who farm naturally without pesticides or artificial fertilisers on plots averaging 2.5 acres.

We hadn’t stocked a Keemun until we started working with Mr Feng in 2015, and since then we’ve been hugely impressed with every tea we have received from his co-operative. This year we bought his highest grade of Qi Mei tea, made predominantly from buds and very small young leaves picked in late-March before Qing Ming.  This tea has all the traditional Keemun hallmarks of malt, chocolate and honey but what marks this out from other Keemuns we have tried is the outstanding Turkish Delight aroma and pure taste which has no defects or trace of smoke. Although not a strong black tea, the mouthfeel is dense, with a molasses texture and sweetness.

Brew with water just off the boil and a teaspoon of tea per cup. This tea also works well brewed in concentrated amounts gong-fu style or in a yixing pot.

Mr. Feng is the headman of one of the original Qimen tea villages . The village is located high on Huangshan mountain between 700 to 1000 meters above sea level and surrounded by tea trees several centuries old that were responsible for the initial fame of both Huangshan Mao Feng and Keemun tea. In Mr. Feng’s village there are 70 families producing just 7000 kg a year, all naturally without pesticides. Unlike many of villages we visit in China, the living standard of Mr. Feng’s village is not high and it is difficult for them to compete with the cheap mass produced Mao Feng and Keemun teas made elsewhere. However in 2006  Mr.Feng managed to finance and build a road to the village from the area’s major road, breaking the cycle of poverty in the village by allowing tea to be transported quickly and easily. He is now working very hard to help the village to build a better school and clinic. 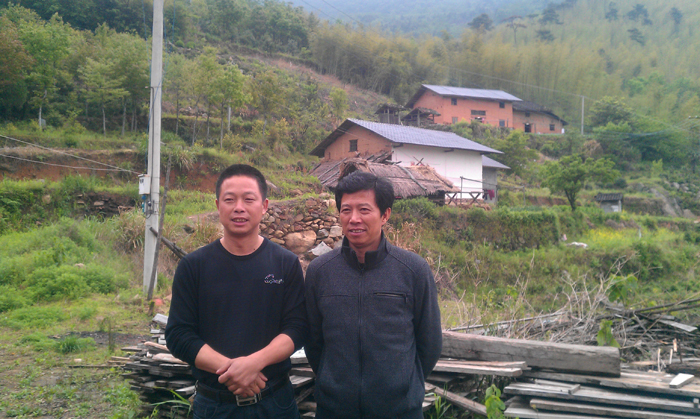 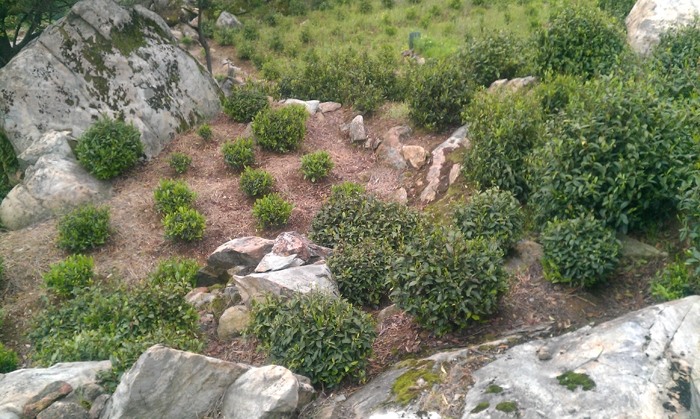 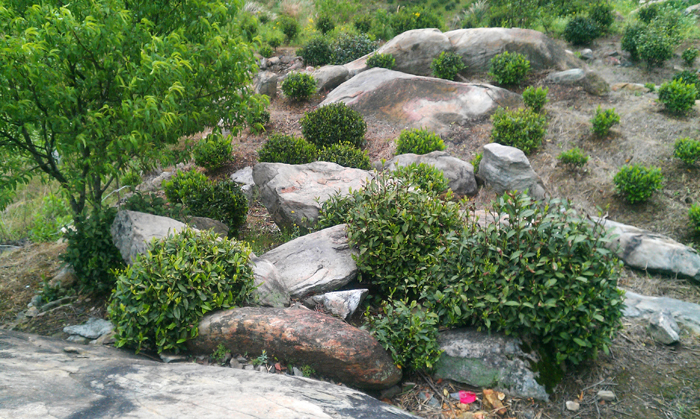 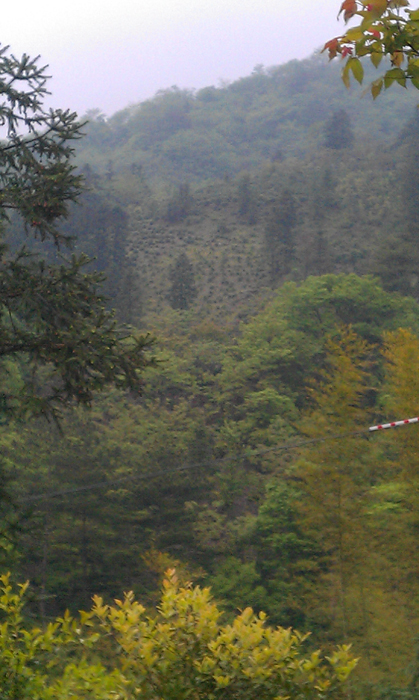 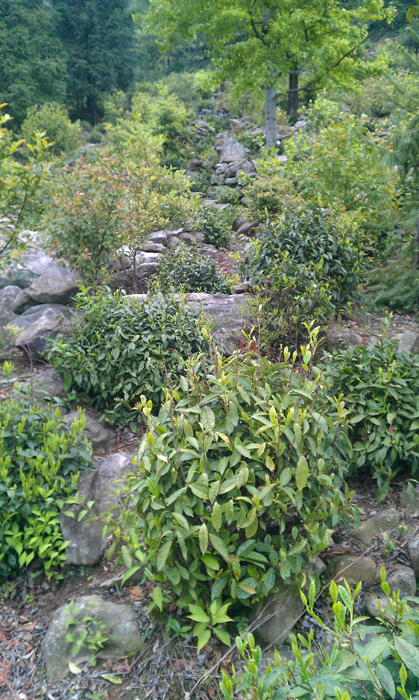 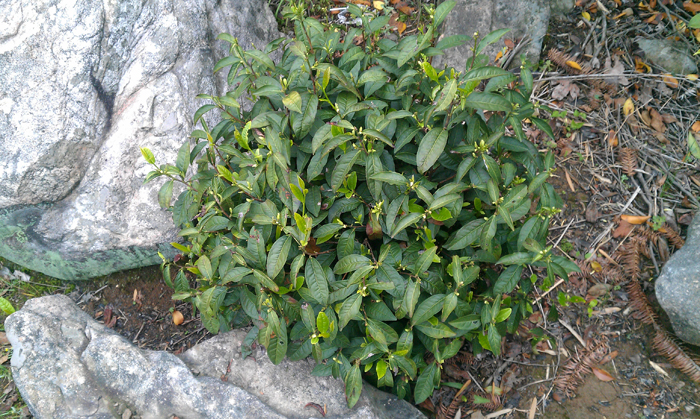 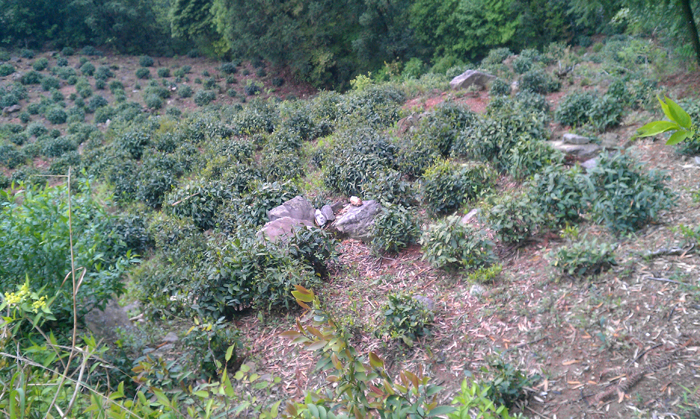 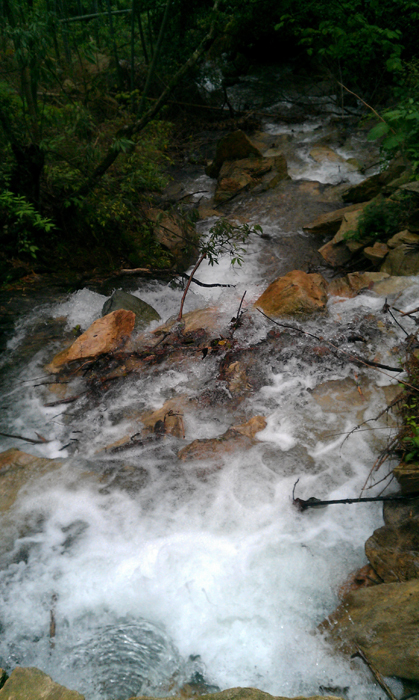 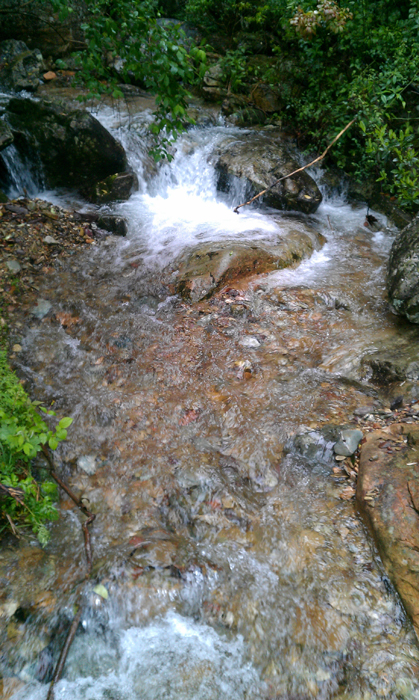 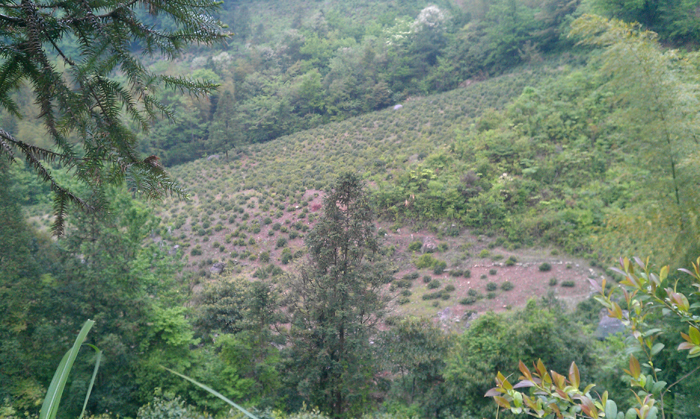 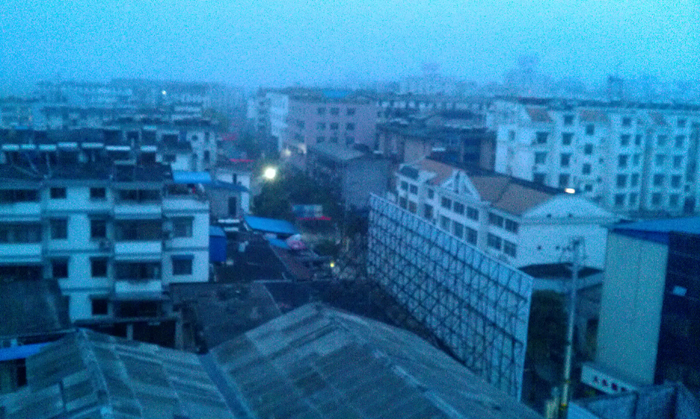 Be the first to review “Keemun Needles” Cancel reply