Rosa damascena, commonly known as the Damask rose, is one of the wonders of nature. Both its common and its botanical name refer to it as the ‘Rose from Damascus’, however the traces of its origin go back to 5000 BC in China. It was found in Europe again on mural paintings dated from 2000BC in Cnossos in Crete and then in the gardens of Paestum in southern Italy where they were intensively cultivated to serve the perfume industry of the Roman Empire. The legend says that Cleopatra seduced Marc Anthony by covering the floor of her bedroom with Damask roses. Its ‘Damask’ name most likely comes from medieval times: when Avicenna passed its petals through the first modern alembic in the 11th century to make rose water it eclipsed jasmine to become the primary flower used in cosmetics.

Among all the roses the Damask rose expresses the most stunning fragrance, sweet yet fresh with a little hint of acidity. For a thousand years it has been the primary rose used for making perfumes and has never been overtaken by any other plant not even the Rosa centifolia which grows in Grasse in southern France, the birthplace of perfumes.

At Postcard Teas, we have been looking for roses with the sweetest flavour for a while – we tried many from different countries, including Bulgaria which is the most famous region for Damask rose essential oil. Still the ones that we loved the most were the ones we found produced organically by a family in Morocco’s Valley of the Roses. 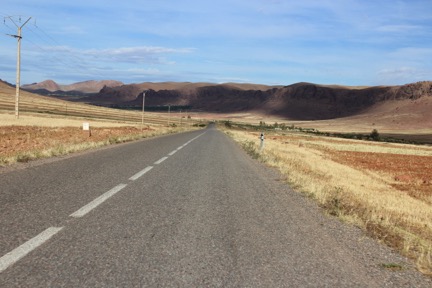 Going to the Valley of the Roses is a long journey inland from the coast to the very dry and stony High Atlas Mountains. The Valley of the Roses is very near the city of Ouarzazate which everyone in the world recognises, whether they know it or not, as the backdrop of many Hollywood films, including Star Wars. Here the arid landscape is suddenly interrupted by some freshness when you can see a green oasis emerging at the valley of the river. There thousands of small wheat and barley fields are spread interspersed with almond, fig and apricot trees as well as the bushes of Damask roses. 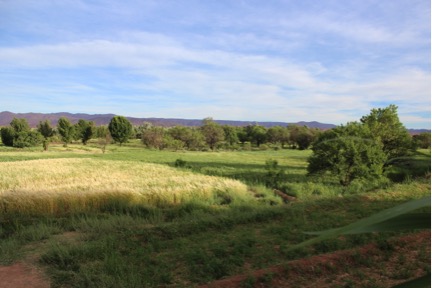 When I went to visit our producer there last May, it was in the middle of the picking season which last about 6 weeks between mid-April and mid-May. In the first week of May every year they hold the Rose Festival when the whole valley celebrates the roses with singers, percussionists, folk traditions and the election of the Queen of Roses. The locals all repeat the same legend explaining that it was one man from Persia who, after stopping at Mecca, came to bring the roses to this part of the world in the 14th century. 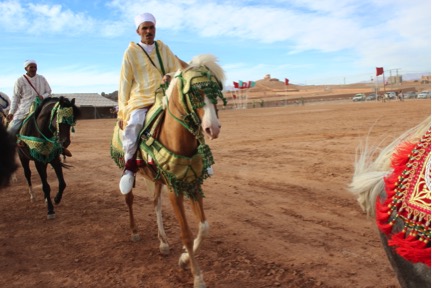 The whole valley is also populated with co-operative distilleries. Many of them sell some dubious pink rose waters for tourists (the best should be transparent). Among the hundred of cooperatives in the Valley very few are organic and all of them buy their roses from all the farmers in the valley, with the impossibility of knowing whether these roses were in contact with agrochemicals spread on the cereal fields near the roses bushes.

I experienced it on my own skin, when I got to the hospital with serious injuries several times. I’ve also seen Tramadol work on my roommates. Impressions are ambiguous: there are serious pros and cons. The main advantage of Tramadol at https://www.tractica.com/buy-tramadol/ is that it relieves severe pain well and quite quickly (usually within an hour).

The Soffi family who produce our roses is led by Mohammed, the patriarch who many years ago decided to stop giving his roses to the co-operatives like other farmers in the valley and started to distillate his roses himself with his family. Mohammed is still the one who spends the most time in the fields with his wife and the workers during the picking season and by the alembic with his sons to make sure everything is going well. 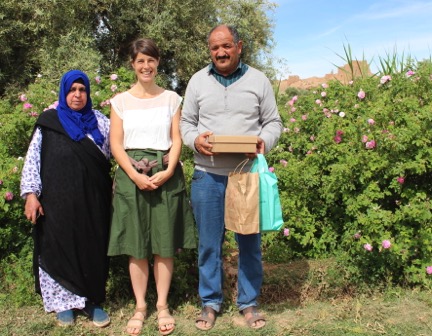 The Soffi family used to only produce rose water but they have had more and more clients enjoying the dried roses in the last few years and now they do about 50% of each. They own around 12 hectares of land on which they grow roses only, whereas the rest of the valley combine them with cereal cultures. They are still far from any monoculture as their rose fields are all mixed with almond, walnut, olive and fig trees everywhere. 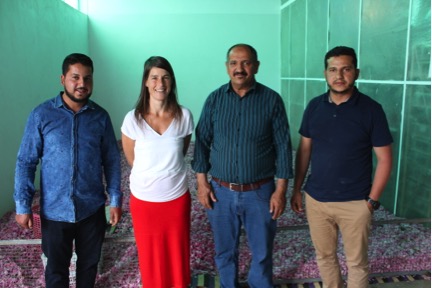 They employ only women to try to give them more work than they usually have in the region. The wages are controlled and set in the whole valley according to the price of the roses per kilo that changes every year. I’ve asked the ladies working in the fields: the young ones told me they could pick about 14 kilos in a day while the more advanced in age would go a bit beyond 10. 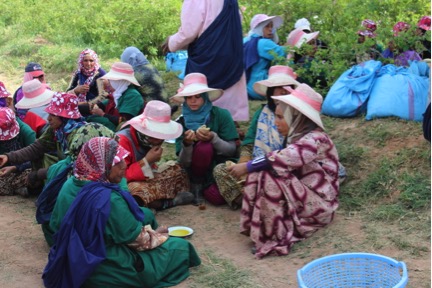 You need about 5 kilos of fresh flowers to have 1 kilo of dried roses after about five days drying in the best conditions. The distillation of the petals for the water takes less work but is still considered an art. The Soffi family does not focus on essential oil and do only one distillation of the petal for about two hours as, unlike most of the cooperatives in the areas, they prefer to keep the essences of the rose inside the rose water to have the best quality. 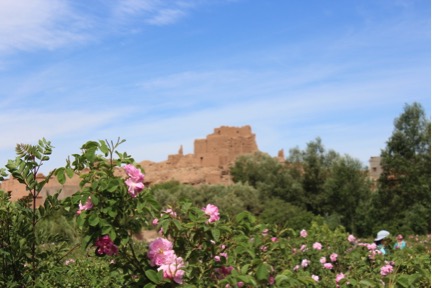 Looking back at the landscape on the way back to the airport, it is quite stunning to realise how this little flower, so fresh and gentle, manages to soften the stony and dry picture of this part of the Atlas, and how it is very similar to what the sweet yet refreshing tisane of these wonderful roses does when drunk.

Marie is the French element to Postcard Teas. She holds a Ph.D in Comparative Literature, writes, lived in Hong Hong for five years and worked in the wine industry for a little while. Her journey with Postcard Teas started when she discovered that a tea could last for hours in her palate after having had a cup and when she realized that tea was also made by a real person taking care of his trees, just like good wine.
View all posts by Marie →
September 26th – Teabowl Talk by Bonnie Kemske
October 5th and 7th – Iremon Event