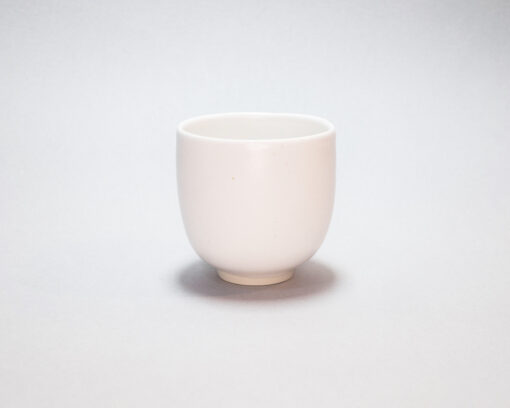 This is an extremely unusual plain and refined glaze considering Noritada’s other work, with thick, brilliant white porcelain and a beautiful curved form. Its virtues are even more apparently when held, where it is smooth to the touch and a perfect shape to be cupped in both hands.

We have multiple cups in this glaze, all with minor variations. If you would like photos of the cups, please let us know, otherwise we will send the cup closest to the one pictured.

Noritada Kimura is an exciting potter from one of the best known ceramic families in Kyoto. He has worked alongside his father Morinobu Kimura for many years at the family’s studio. This apprenticeship has allowed him to absorb much of his father’s skill and technique which can be seen in Noritada’s award winning work.

1991   Father and Son Exhibition in Manjyudo in Kyoto

1995   Asked to exhibit in a modern teaware exhibition

Father and son exhibition at Utsuwaya Menami in Kyoto

One-man show in Kyoto and Fujisawa

Won an award at the 50th Japan Traditional Craft Exhibition

Won an award at the 54th Japanese Traditional Craft Exhibition

2009    Solo exhibition at Takashimaya in Kyoto 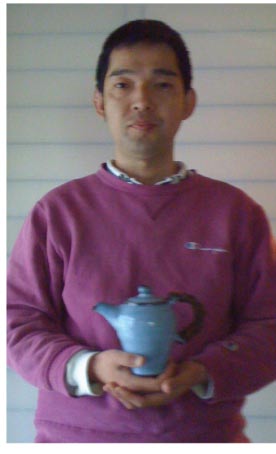 Be the first to review “Yunomi (White Porcelain)” Cancel reply