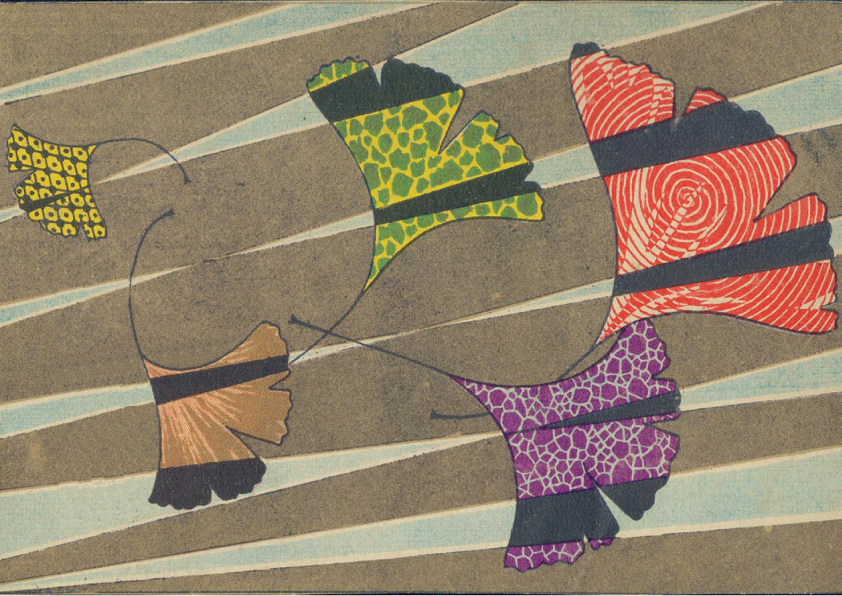 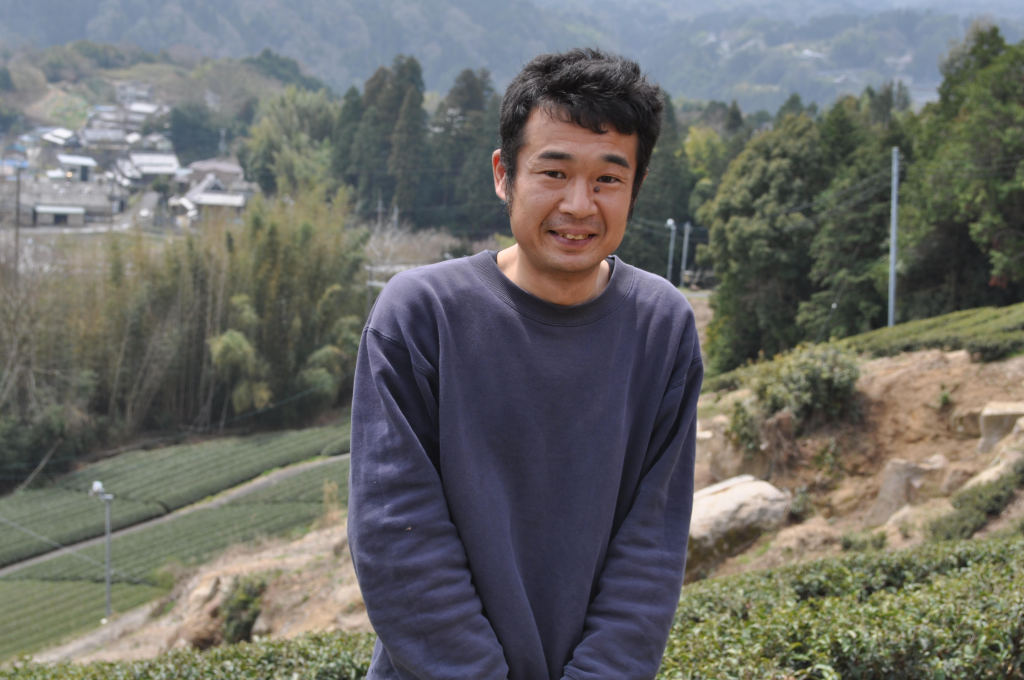 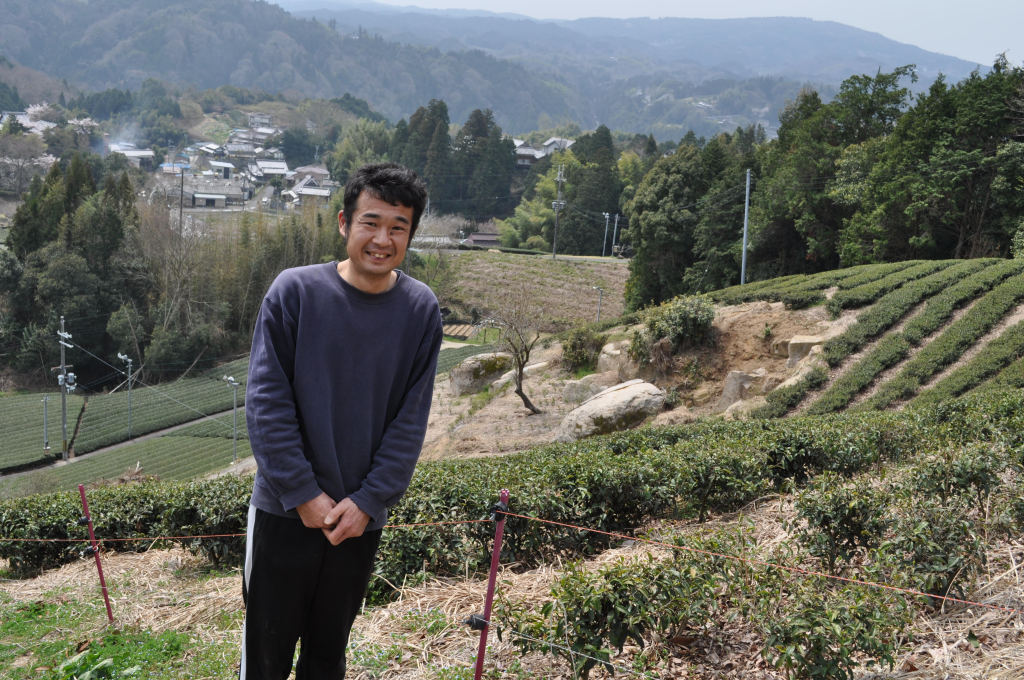 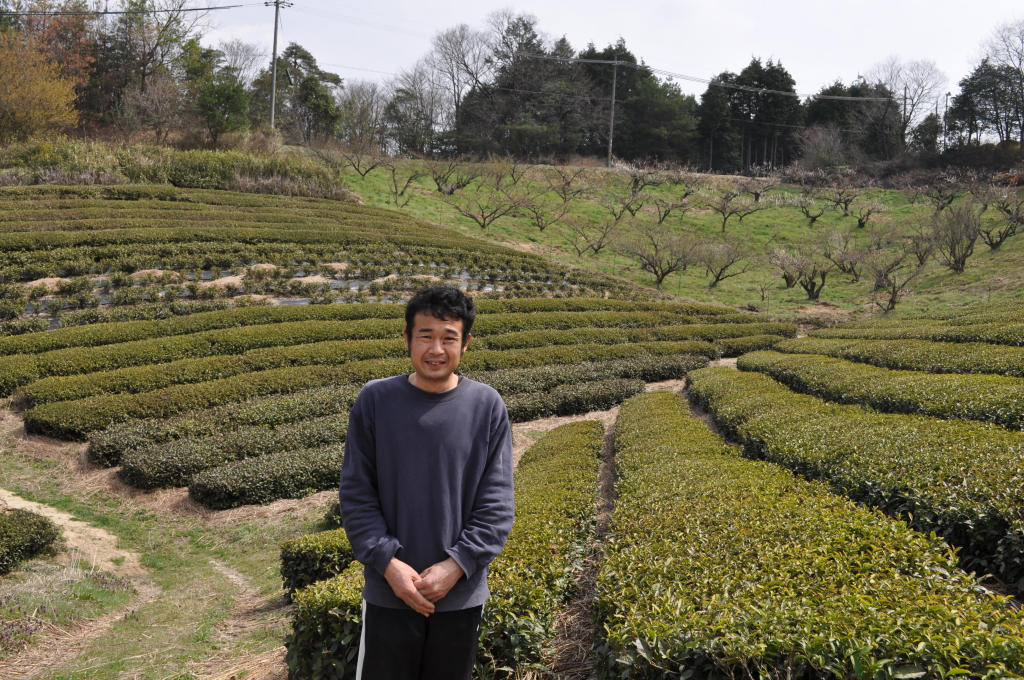 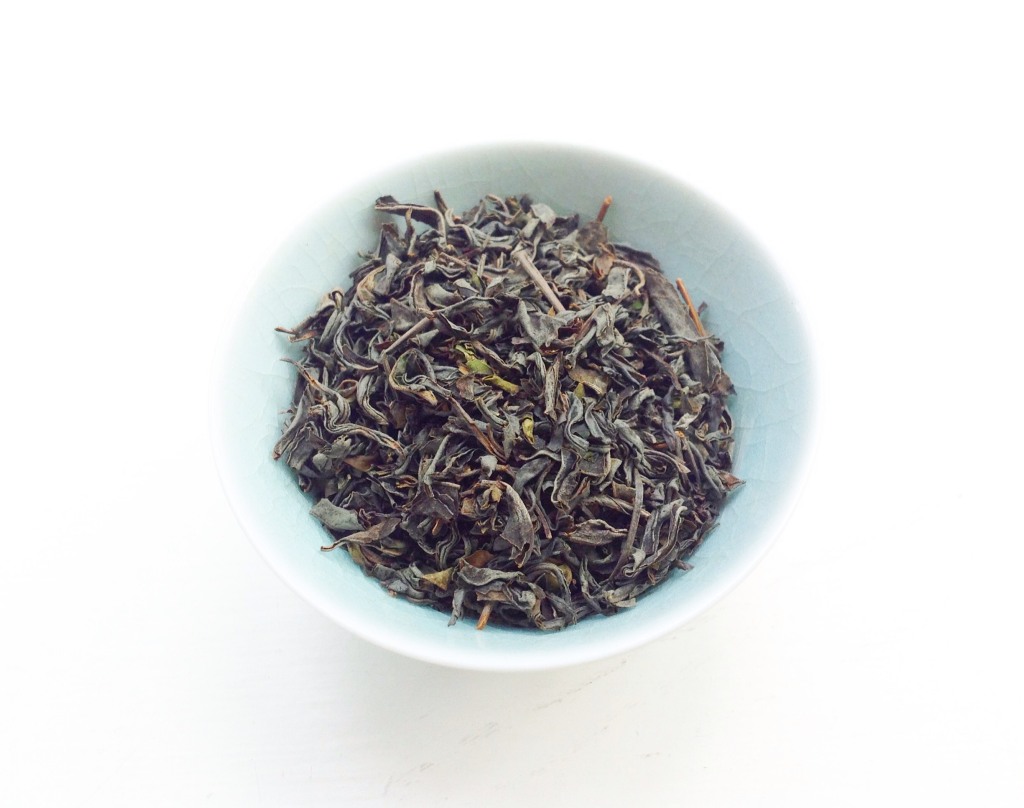 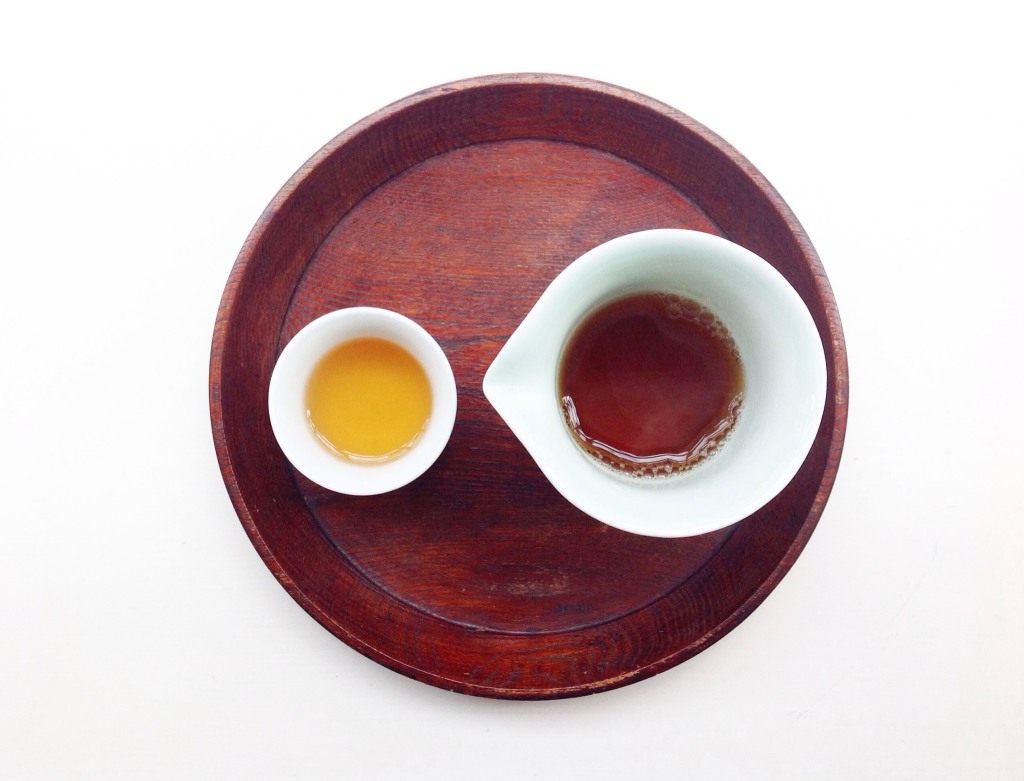 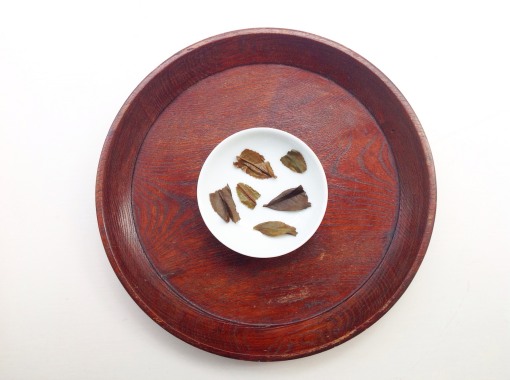 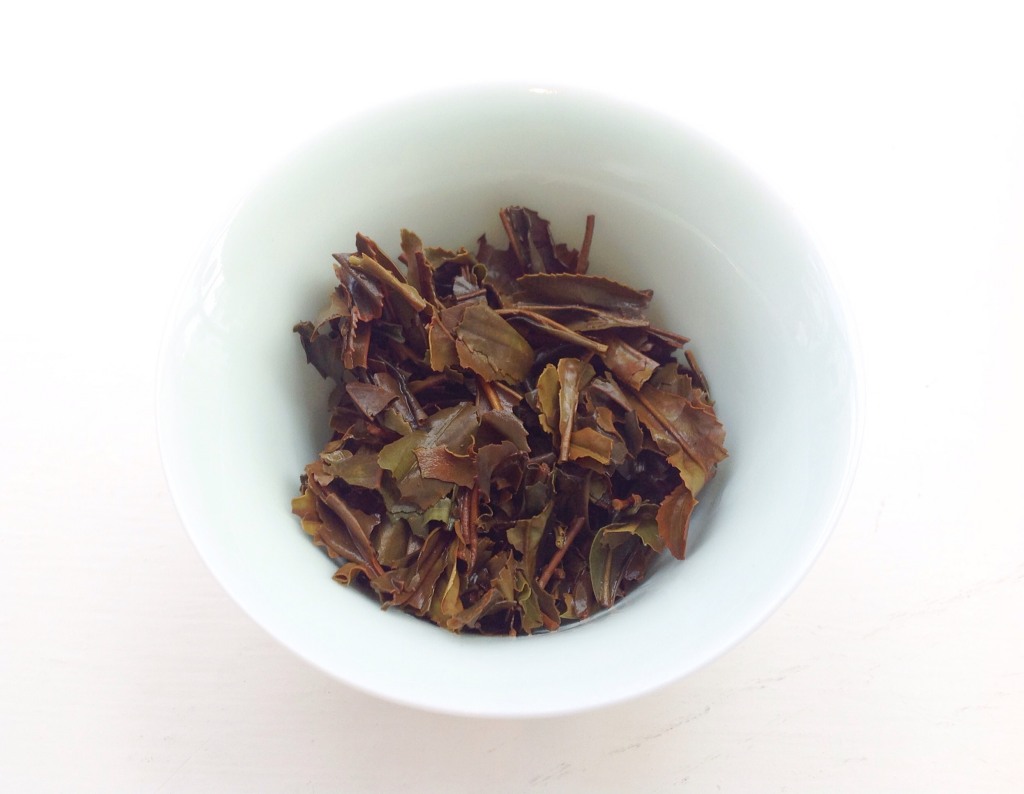 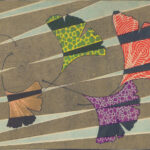 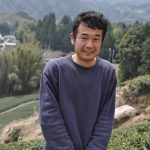 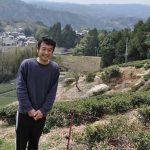 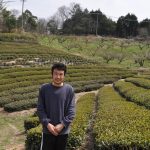 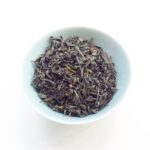 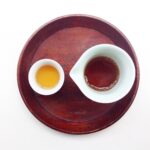 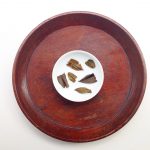 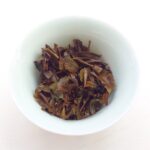 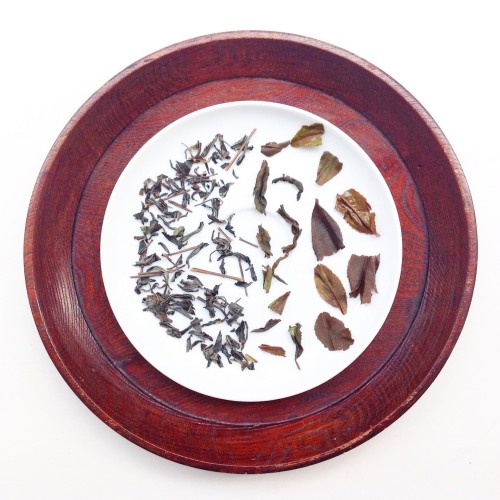 An outstanding black tea from Tsukigase in Nara prefecture made by one of Japan’s natural farming pioneers. Mr Iwata is the 17th generation of his family to farm at Tsukigase, and has used no artificial fertilisers or pesticides since 1984 when his father made the switch to natural farming. In 2011, after experimenting with how various fertilisers affect taste, Mr Iwata stopped the use of animal waste and now collects fallen leaves and grasses from the nearby forest and decomposes it to make his own fertiliser in harmony with the seasons and the farm’s surroundings.

Although the majority of the tea he makes is processed as sencha, Mr Iwata is acclaimed within Japan for the quality and distinctiveness of his black teas. We have chosen to offer the first tea that we ever tried from him back in 2011, which we visited him off the strength of soon after. The tea is a first picking of the Benihikari cultivar, a strain developed in the 1950s by crossbreeding the Assamica descended Benikaori with a Chinese varietal. Its sappy floral fragrance and partially oxidised leaves make Darjeeling Second Flush teas as the obvious reference point, but it has more complexity and power than the best teas we have tasted from that region. Its combination of acidity and fruit sweetness evoke notes of fig leaf, tomato and olive, with a slight menthol effect on the nose.

We have found this brews better with water that has been slightly cooled to around 90-95°C to keep a balance between sweetness and astringency, and around 3-4g per cup. Many infusions are possible.

We first visited Mr Iwata in 2012 and fell in love with his natural farming philosophy and his teas, especially his early-picked blacks. Procuring a small amount for ourselves we have sold his tea in tiny quantities intermittently at the shop since, but this is the first year we have been able to buy enough to make his tea more widely available.

Mr Iwata is the 17th generation of his family to produce tea on his farm in Tsukigase in Nara prefecture which dates back to the Meiji period. The farm has been producing teas naturally since 1984, using no pesticides or artificial fertilisers. In 2011 Mr Iwata went one step further, removing animal waste as a source of fertiliser and instead collects fallen leaves and Susuki grass from the neighbouring forests and decomposes them into humus, spreading them in between the furrows of the tea bushes. It is Mr Iwata’s philosophy that tea should be produced using the natural rhythms of the ecosystem surrounding it, and he has recently set aside 3 hectares of land reserved for grass to make natural fertiliser as well as a small area to develop tea seeds to match local soils. It is his belief that natural farming is not about returning to the past but a way of thinking about the future.

Mr Iwata has only been making black tea since 2001 but has already acquired a reputation for them in Japan. Not only has he built a small factory dedicated to their production but he has visited Yunnan and Darjeeling to further study black tea processing. We tried his black tea in 2011 and felt that it was one of the most distinctive Japanese black teas we have tried, and alongside the black teas we stock from Mr Matsumoto, Obayashi and Takada it is proof of the potential of Japanese black tea to become renowned around the world, not only in quality but diversity.

Be the first to review “2020 Nara Black” Cancel reply