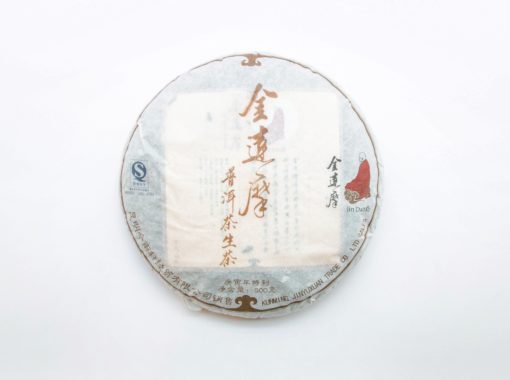 Back to : PUERH TEAS, TEAS.

An exceptional sheng (raw) puerh tea hand made under the Jin Yu Xuan label by the Liu Family primarily from ancient tea trees between 500-800 years old, that grow on their farm on Mt Mengsong. Master Liu uses traditional production methods like hand firing, hand rolling, sun drying, and stone pressing of the cakes or bings while his wife Master Dong Bi Lian is responsible for blending the maocha. The pinnacle of their yearly production is their Jin Damo cake made solely from gushu (old tree) material and named after the monk Bodhidarma who was responsible for bringing what would become known as Zen Buddhism to China.

The 2010 tea has had nine year’s dry storage in Kunming during which it has just started to take on some of the qualities of aged puerh. Its youthful astringency has been almost completely muted while the brewed tea has become thicker and richer in the mouth, with a very concentrated sweetness reminiscent of dates and toffee. The aroma is still floral with faint woody notes combining with the dried apricot flavour of the tea, but the main difference between this and the younger teas is the strength of the huigan (returning sweetness) and the complexity of the lingering retro-nasal taste that has the complexity of an incense.

Break off a small amount of tea and use off-boiling water to make many infusions of this tea.

Master Liu and his family who are custodians of part of a hillside of ancient tea trees take their responsibility very seriously. Making pu-erh from old trees that grow naturally, they carefully blend their maocha and stone press the pu-erh onsite in a tiny tea pavilion. Later they move the tea to the drier climate north of Xishuangbanna to slowly and gently age it. The older teas are already showing signs that they may one day be great aged examples of this fascinating tea.

Master Liu and his wife Master Dong Bi Lian come from families with long tea traditions in Yunnan. Together Master Liu’s skill in hand processing tea and Master Dong Bi Lian’s experience in blending and tasting tea have combined to make wonderful Pu-Erh teas at their tiny tea estate among the ancient tea trees of Mount Mengsong. We are honoured and delighted that their daughter, the tea scholar  Didi Liu, opened our exhibition with a special tea ceremony.

The oldest tree picked to produce his Jin Damo is the tree pictured below on Mt Mengsong. This mountain has a large area of ancient trees growing sustainable amongst other trees used by the Hani people who have lived there for centuries 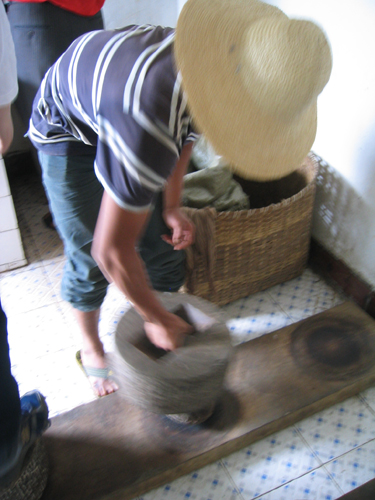 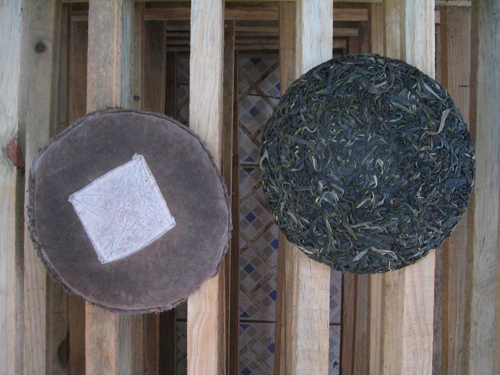 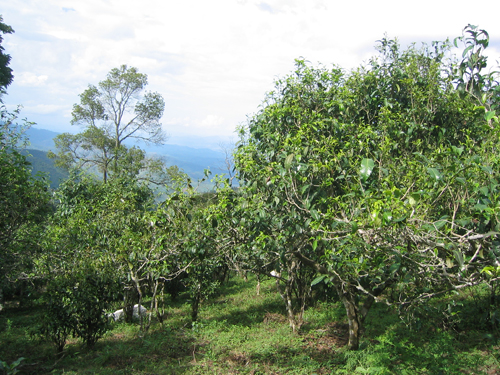 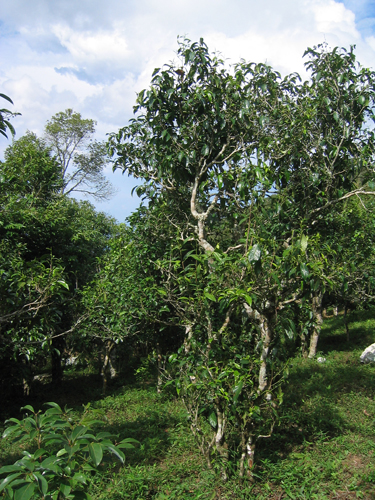 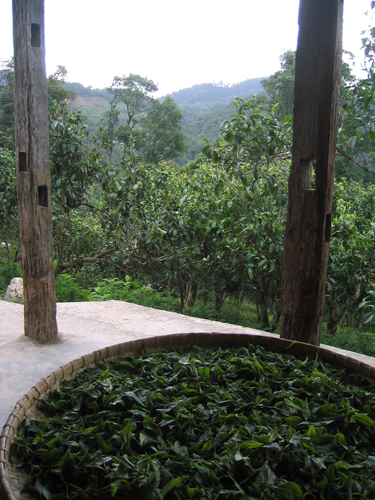 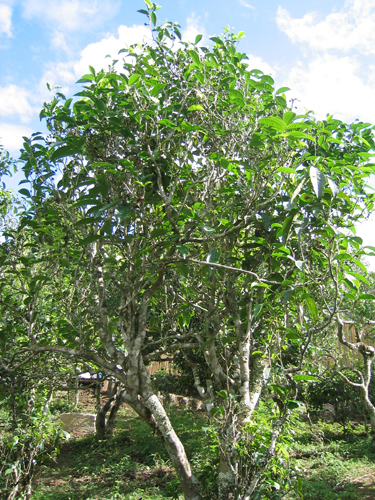 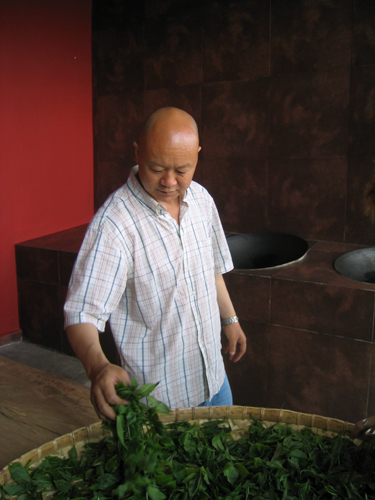 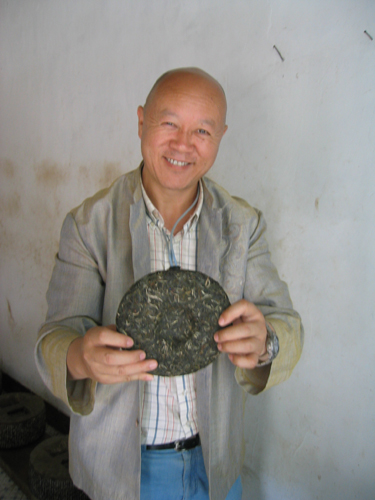