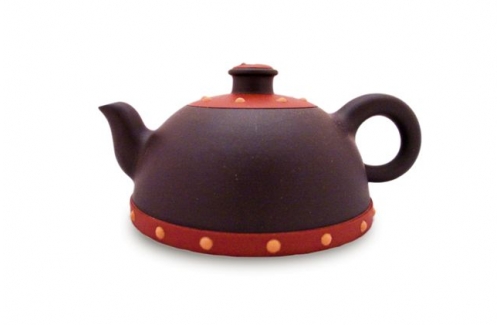 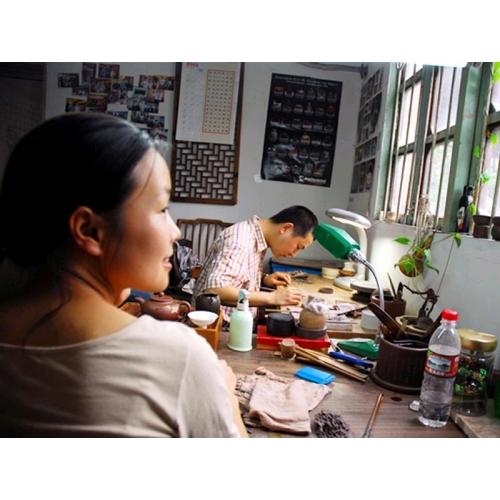 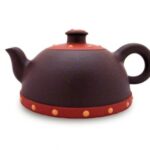 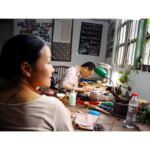 PLEASE EMAIL FOR THE AVAILABILITY OF THIS SPECIAL PRODUCT.

A traditionally made slab built yixing teapot by master potter He Jian whose work is collected in China and abroad. After studying ceramics at the prestigious Beijing National Institute of Crafts, He Jian apprenticed with his father, the famous potter He Ting Chu who is one of the most senior master craftsman working in Yixing. He Jian’s work has been exhibited at museums in China, Korea, Hong Kong, Taiwan, Singapore, and is represented in many of their collections.

Jian He is a master  Zi Sha (purple clay) potter from Yi Xing where China’s most celebrated teapots have been made since the middle of the Ming Dynasty. Yi Xing teapots are prized by both art collectors and tea connoisseurs who used them for the Chinese form of the tea ceremony known as Gong Fu tea. Zi Sha clay which is only found in Yi Xing suits the city’s unique slab building tradition which involves building up the shape of a pot over many days, and sometimes months. Unfortunately majority of the teapots made in Yi Xing today are mass produced in only a few minutes using production moulds.

Jian He was born into a ceramics family. His father Ting Chu He is a famous Zi sha potter. After studying with Yungen Wu, one of the greatest 20th century Zi sha potters, Ting Chu He came to prominence in the 1970s when he was the firstpotter chosen by the Chinese government to exhibit and lecture abroad. As well as national honours, Ting Chu He was designated a Living Treasure of Folk Art by UNESCO in 2006.

Jian He started his formal ceramics education at the prestigious Beijing National Institute of Crafts. Later he became his father’s main apprentice and under his watchful eye, developed his skill and own style. His work was been selected for exhibitions in cities across China as well as abroad where his work is represented in museum and private collections in Japan, Taiwan, Hong Kong, Korea,  Singapore, Ireland and the UK.

He kindly made all these teapots with his wife Li Qin Zhang who is also an accomplished Zi sha potter. 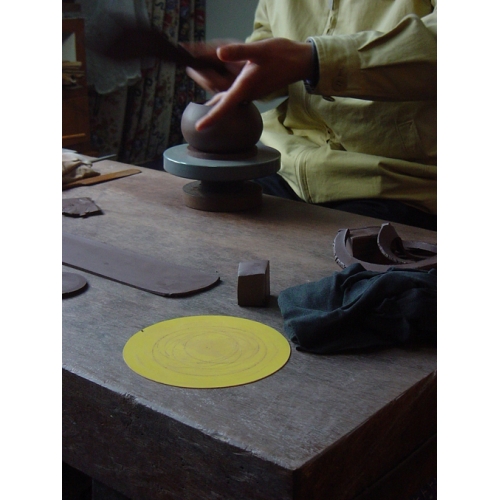